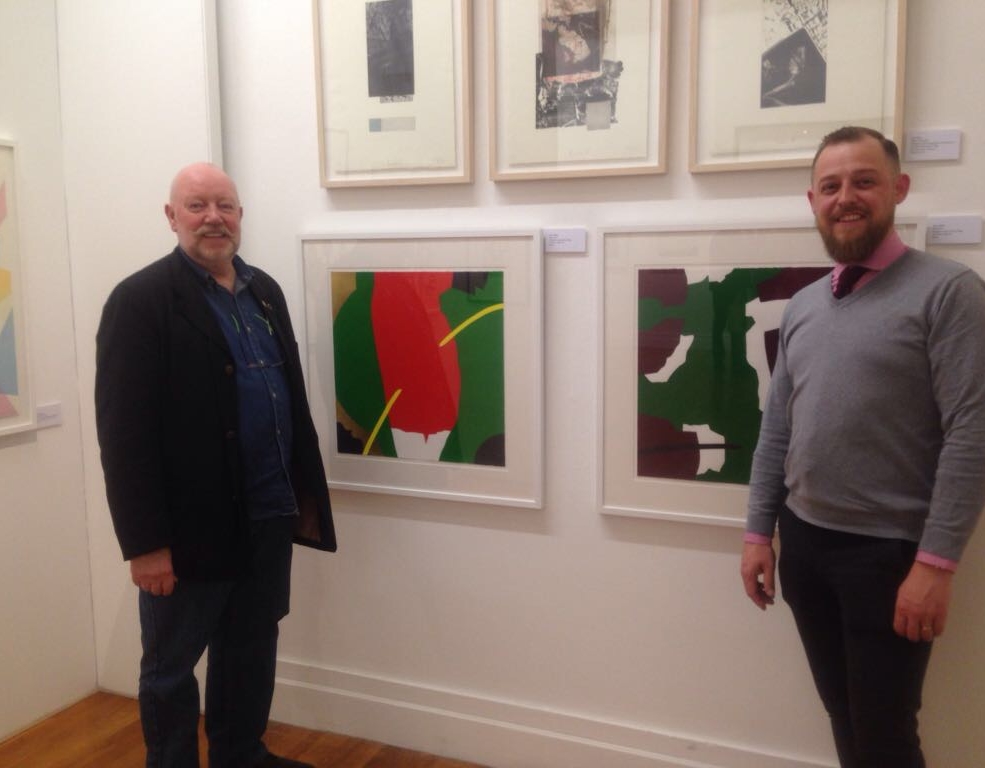 Congratulations to Samuel Walsh on winning this years Savills Art Prize at VUE Art Fair, pictured here on the left with Brian at the Preview of VUE in the RHA, Dublin on Thursday last. Sam was recognised for his contribution to the visual arts in the last year. We are delighted for Sam and know only too well how skilled and dedicated he is to his practice. On Thursday we also had a special preview of two new editions that we recently completed with Sam.

Janet Mullarney was also shortlisted for the prize, a huge achievement by both artists and are delighted to have worked with two true professionals.

The Savills Art Prize of €5000 is awarded to an artist who is represented at the VUE Art Fair and has made an outstanding body of work or some other substantial contribution to the visual arts in Ireland. Sam received the award as he is over the specified age limit, created with Richard Gorman an exhibition in 2017 of quality at Limerick City Gallery of Art called ‘Buzz & Hum’, and has made a considerable and sustained contribution to the visual arts in Ireland. The winner is chosen from a short list of four. The lead judge for this year’s prize was Patrick Murphy, Director, RHA Gallagher Gallery, Dublin supported by art experts throughout the country..

The other three short listed artists were:

Samuel Walsh lives in Co Clare where he has his studio but over the years he has made a major contribution to the visual art life of Limerick through his involvement with the EVA exhibition, (now eva biennale)  the founding of the National Collection of Contemporary Drawing that is part of the collection in the Limerick City Gallery of Art, and his association with the Hunt Museum on a long term project. He was one of 12 artists selected for the exhibition ‘Edge to Edge: 100 Years of County Clare Art’ in 2016. He has represented Ireland in exhibitions internationally and nationally on many occasions and is in numerous national and international art collections. He was elected a member of Aosdána in 1997. He is represented in Ireland by the Oliver Sears Gallery, Dublin.

Most of ‘Buzz & Hum’ will travel to Uillinn: West Cork Arts Centre, Skibbereen, Co Cork in January of 2018.